My son is 15. Although he looks like a man, he’s not quite there. He has his father to model what a man should be like, so I’m lucky there. But my job isn’t done yet. As his mom my influence is still important. It’s hard being a mama to a boy, isn’t it? We’re so worried about making a “mama’s boy” out of him. At the same time, we don’t want to raise a man that’s ruled by his testosterone and goes around town like the Hulk (or Hulk Hogan, for those who know who that is). We just want a happy medium. Sometimes, what we don’t say can make more of an impact than what we do say.
1. What to expect from marriage. This may seem weird, but we as parents are molding future husbands and wives every single day. If you think that your influence doesn’t mean much, watch Psycho. I guarantee you’ll rethink it.

This is one of those things that both Dad and Mom contribute to. If your son learns that women are not respected, and that they must always be subservient, that’s a hard row to how, as my grandma used to say. If Dad leaves Mom to raise the kids alone, then the boy learns that men don’t need to stick it out when the going gets tough. Kids need to see both parents as equals. Think about this for a moment. Do you have female friends who have no voice in their marriage? Likewise, do you have male friends who are run over and disrespected by their wives? Neither of these are ideal circumstances.

2. How to cook simple dishes. I’ve met grown men who cannot make a box of Kraft Macaroni and Cheese if a gun was held to their heads. Give me a break! What are we as mothers teaching our sons if they can’t even make a simple dish? I’ll tell you: we are teaching them that it’s not his job as a man. That a woman will come along and take care of him. He’s too manly. Or something. That’s so dumb! Mancub is no gourmet chef, neither am I. However, he’s able to make simple dishes like spaghetti.

3.How to clean up after himself. This is a toughie, and admittedly a work in progress. See my previous post about when Aunt Sandi came to visit for more information: http://wp.me/p2VqMF-nc. I’m trying, though people. I’m trying.

4. How to love and be loved. There is much to say about how boys are taught to be tough, not cry, be a man, blah blah blah. I would rather raise a son that can honestly demonstrate emotion, both happy and sad. I can’t say that it’s ever been a great idea to hide your feelings, to pretend or put on a fake smile when you don’t feel like smiling.

5. How to protect his family and those he loves. Admittedly, this comes naturally sometimes. I think it’s something to be nurtured. Not in a redneck, bar-fight kind of way, but a “this is my family and if you mess with them you deal with me” kind of way. I still remember the day that the waiter at Pizza Hut threatened me and all The Engineer had to do was stand up. That’s it. Problem solved.

6. How to apologize and admit when he’s wrong. It goes against the standard of manhood sometimes, doesn’t it? The best way for him to learn this is like everything else; to see it lived in real life. 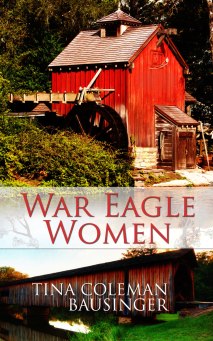 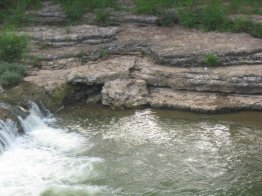