My son’s 17th birthday was quickly arriving and he has not had a proper birthday party since he was 10. Not a “invite your buddies over and hang out” kind of party, anyway, and I really wanted to make that happen. Particularly, I wanted it to be a surprise party.

First, he is really busy. He’s in the band (which is right in the thick of concert competition) and a few other activities that eat up most of his time.

Secondly, I am also very busy. I teach full time and am working on my doctorate. Also, I agreed to be a UIL Ready-Writing judge this year. The only weekend that was available was the same weekend (the same day, to be exact) as the contest. This meant I’d be in a competition myself most of the morning and afternoon. What the frick was I gonna do?

Thirdly, there’s no realistic way to keep this a surprise when I’m having to pre-plan so much of it. I mean, for real. I was STRESSING OUT trying to keep it a surprise.

Couldn’t push it to the next week because the band was taking a trip. So it’s now or never.

Anyway, we pulled it off, and the feedback says it was “the best party EVER.” Keeping in mind, this party is fully chaperoned and no mind-altering substances were allowed. So I’d call that a win!

1. Have a co-conspirator. My partner in crime was Nate’s girlfriend, Hannah. She made sure all Nate’s buddies were invited. And forget the surprise element. It’s just not feasible for busy people who have to take these things in stages.

2. Like I said, take these things in stages. How to eat an elephant? One bite..never mind.  I bought decorations one day, food the next, cooked the next day (and supervised decorating). Small chunks. For example, the cupcakes were baked the night before. 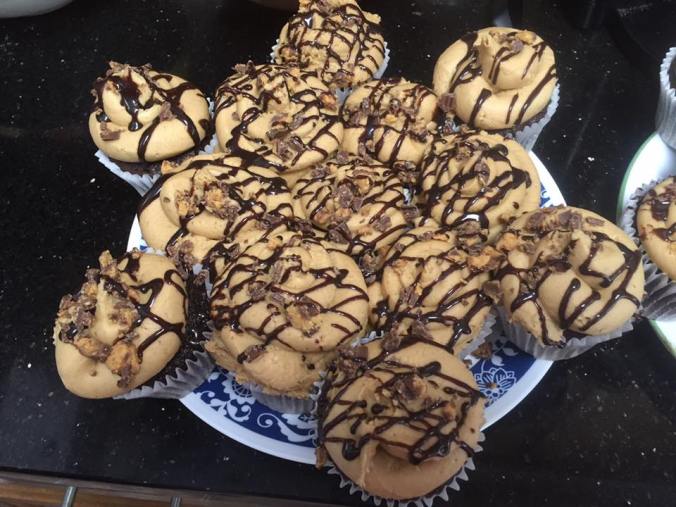 3. Have all your ducks (reasonably) in a row. We decided on the theme a few days before the shopping (we had a FIESTA, and Nate was required to answer the door wearing a giant sombrero). Then we planned the food and decor around the theme.

4.Check out Pinterest–but with a grain of salt. So many ideas. Sometimes, you look at something and think, “WOW! They just build the Eiffel Tower out of toothpicks! I could do that!” Maybe you can. I sure can’t. It’s best to admit that right now.

4. Enlist help. I did the divide and conquer method. Hubby did the shopping (I made a DETAILED list), my daughter made the cupcakes and my son and his girlfriend decorated. I just realized they NEVER USED THE MEXICAN FLAGS I BOUGHT. Are you kidding me? Those were legit. Beware though, enlisting help requires Type-A’s to let go of control and trust others. Easier said than done. Breathe deeply, my friend. 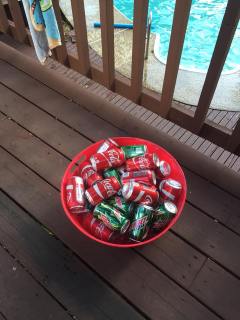 5. Have food. LOTS of food. Bring it out regularly. We did a nacho bar, which worked really well and was easily cleaned up. I cooked all the meat the night before (and chopped toppings). The kids would start on the left, choosing chips or tortillas, then load it up with meat, cheese, cowboy caviar, lettuce, sour cream, salsa, etc. 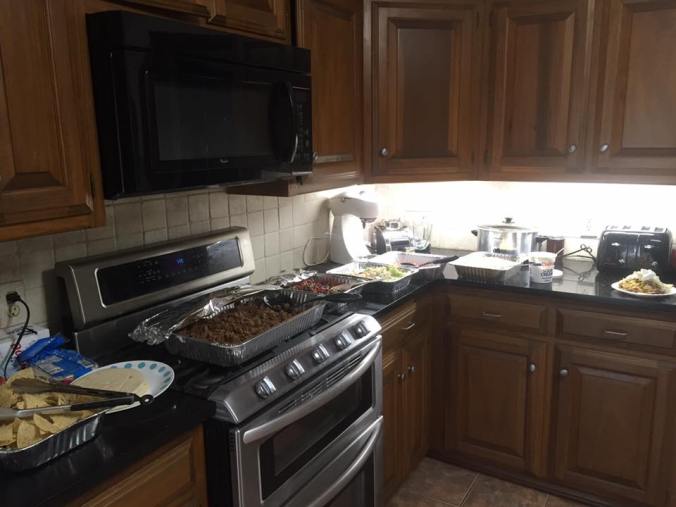 Also, keep in mind not everyone eats meat (I KNOW! Shocking!) and some people are health nuts. A few, anyway. So have options.

6. Watch the weather and have backup. We were hoping it would be warm enough to swim (and it was, thank the Party gods), but if it wasn’t, there were video game options.

7. Keep the party moving. We fed them, sent them out to swim, then did gifts and cupcakes, then they swam until dark. Afterwards, everyone came in to play video games (Nate’s buddies brought a couple of different systems) and we let them play until about 10:30 then we kicked them all out. MAMA’S TIRED Y’ALL.

Overall, though…it was fun, and everyone survived. Even the house!